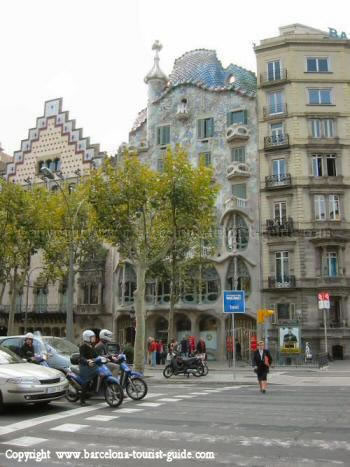 Casa Batlló, by Antoni Gaudí, shown here across the street, is one of the most interesting buildings on Passeig de Gràcia. You can just see behind the tree the multi-coloured tiled building that stands out from the others around it.

Gaudí's work is strongly influenced by colour, natural shapes, and the lack of straight lines - which make an interesting building but also a difficult one to construct.